We woke up early at camp the next morning! There is something about waking up in fresh air, outside! You can’t beat it! The camp host had suggested that we should plan to get to Yosemite by 9am or 10am because the park is so popular and traffic gets crazy. So we planned accordingly! We gave Arthur his Father’s Day gifts (they were all from Disneyland)! And then we began our drive into Yosemite! We did it old school style since we didn’t have cell service! We just followed the road signs lol! The drive to the park was breathtaking! It almost didn’t seem real! I kept telling Arthur that is felt like we were in a fairytale. Everything was so beautiful. Probably one of the MOST beautiful places I’ve ever seen, there were huge trees, mountains, waterfalls, everywhere! If the drive was this pretty, I couldn’t imagine Yosemite park being any prettier! It was! We were really interested in seeing waterfalls! We first stopped at a waterfall and took tons of pics! It didn’t have a name that I saw! Then we stopped at Bridalveil Falls and right in front of us was the ginormous El Capitan! It was HUGE! What’s crazy, is that we had JUST days before read about a guy that successfully climbed it with no ropes. Seeing it in person brought a whole new sense of awe to that. It was BIG, really BIG!

Here is the article: http://www.nationalgeographic.com/adventure/fooeatures/athletes/alex-honnold/most-dangerous-free-solo-climb-yosemite-national-park-el-capitan/&nbsp;

It was an easy hike for us and the boys to Bridalveil falls. It was a beautiful site! The older 2 boys climbed around the rocks and got closer. Kian stayed in his pack on Arthur’s back. We then took another trail to get closer to the falls and higher up! We hiked to the base and all got misted and splashed by the water! It was a hot day so that was great! On our way back down from the base, we saw 2 people almost fall into the rushing stream coming from the falls! It was scary!  We had read warning signs about not getting too close because people can fall in and die or break a bone or their skull! ☠️ Then we went back down and found a log along the edge of the falls. Arthur carved into it: The Green Family. Cade carved his name into a log as well.  Then we spent time putting our feet into the streams of the falls! The water was super cold!!!!!! Kian hated it, you can see the look on his face in the picture.  Then we went back down and found the restroom aka permanent ports potties with no soap or anything, yuck! I definitely recommend going pee before you hike, so you don’t have to use those lol! Imagine 2000 people using those potties every day, with temperatures in the 90s, that smell was horrifying! 😷 Then we made our way back to our van, creating some really cool photo spots along the way.  Then we drove around a bit more and saw Half Dome mountain. It’s amazing how huge these mountains are in person. Then we went to the Yosemite Valley Village and parked and I made sandwiches for the family and we grubbed before heading to the next spot! Next we checked out the LARGEST waterfall in the US!, Yosemite falls!!! It was beautiful and so tall, 2425 feet to be exact. A lady we met said that the fall waters were better than they have been in like 5 years! It was due to all the snow they had! How blessed to be there and see those rushing falls! On our way out of Yosemite valley, we saw a momma dear and baby dear, super close to people. It was such a lovely place, it would take probably a week or two to see and do everything there and take your time doing it. We went back to camp to cook a camp out feast! Steak and potato 🥔 packets with onions and peppers, with strawberries on the side for my handsome dude and our boys! Then we roasted s’mores, because it’s a must while camping!!! S’mores are one of mine and Cade’s favorite desserts!!! Then it was sweet dreams under the clear sky and stars ✨ 😴……​ 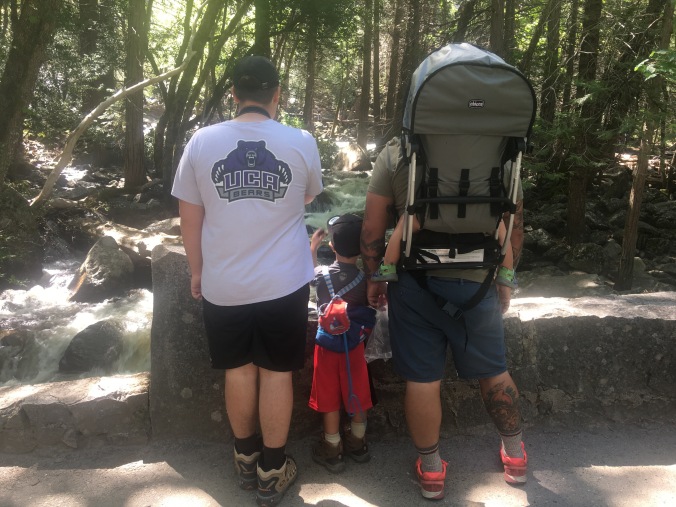 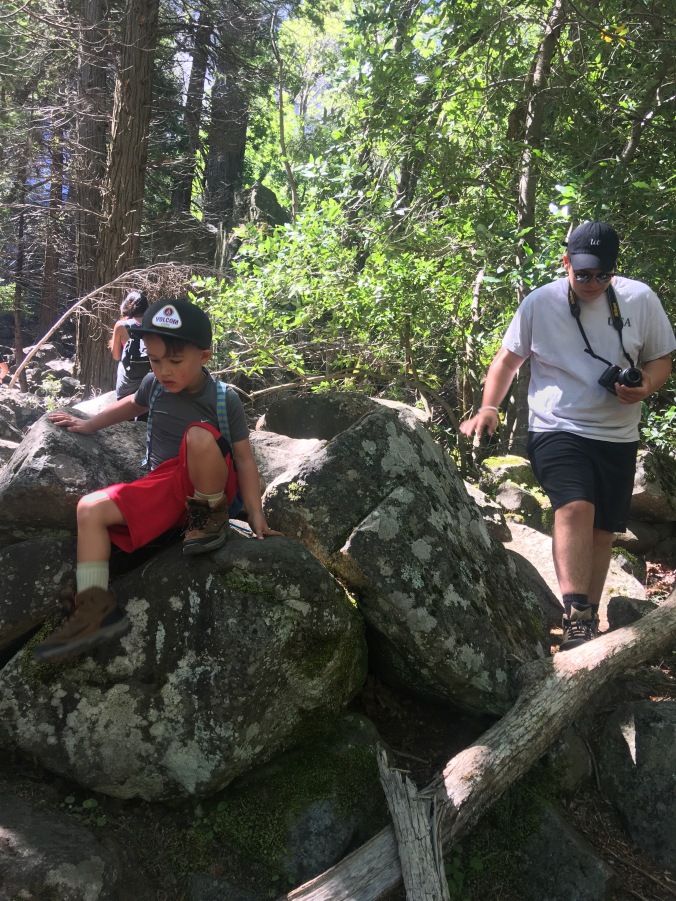 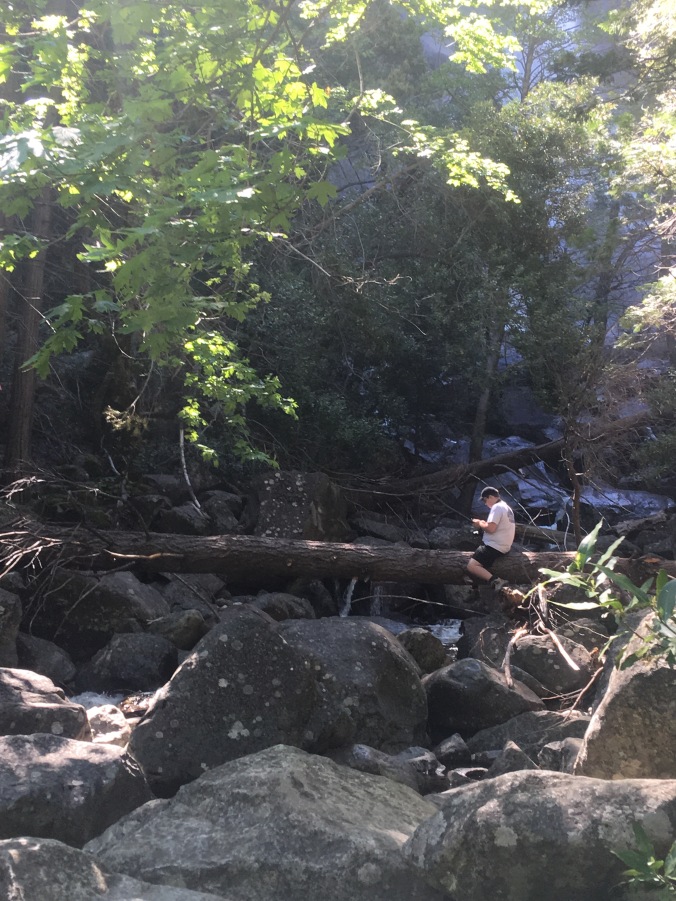 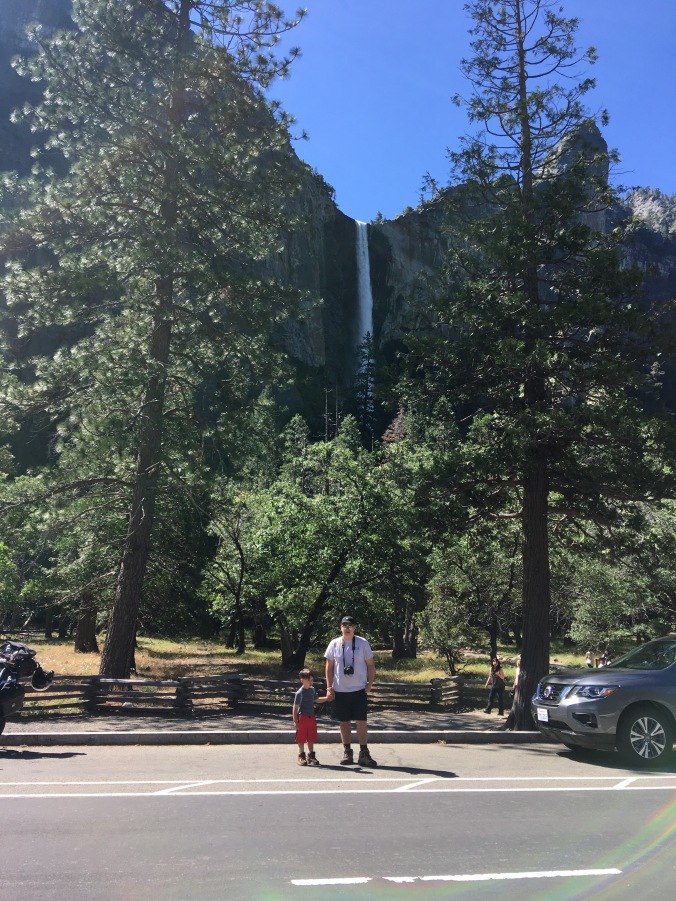 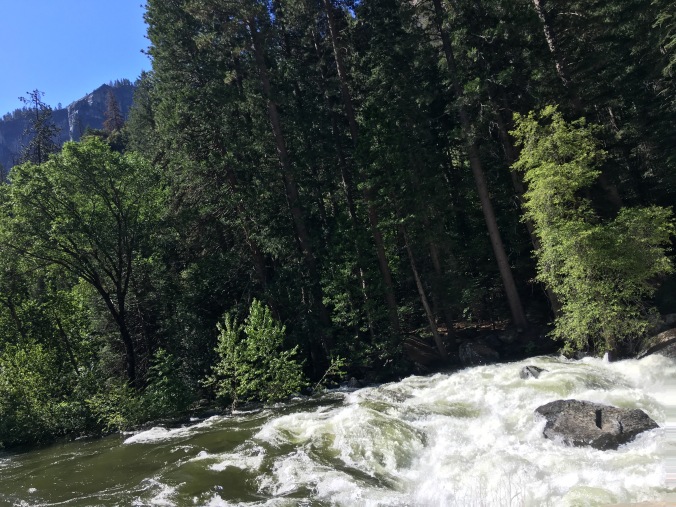 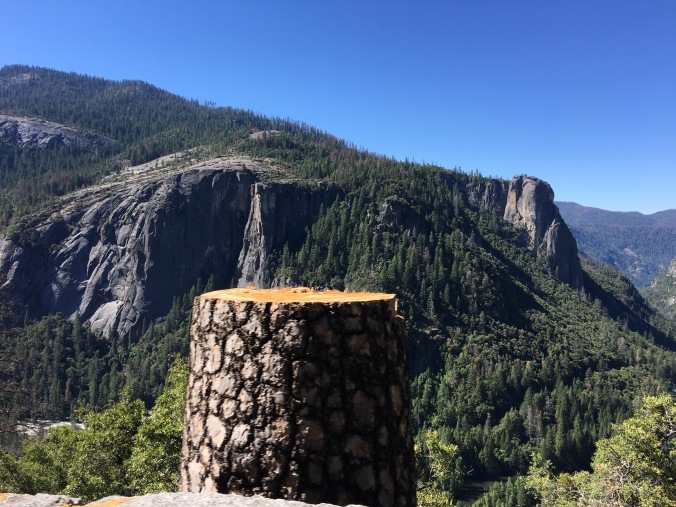 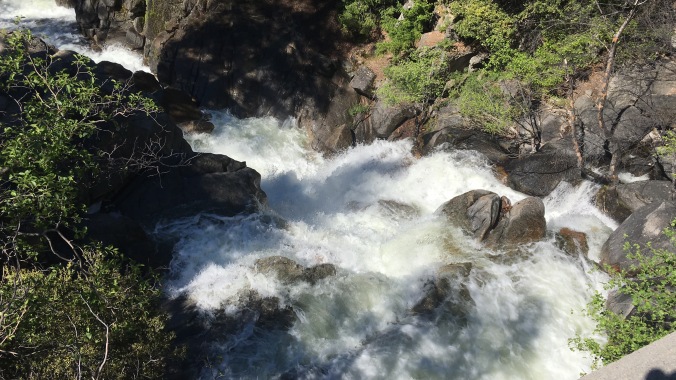 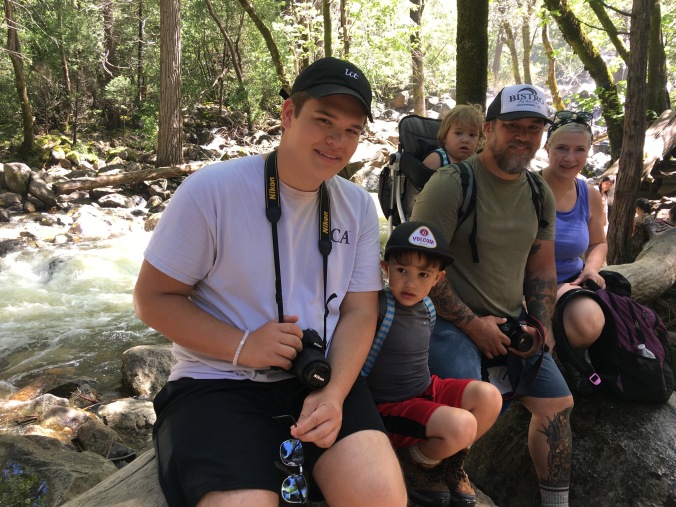 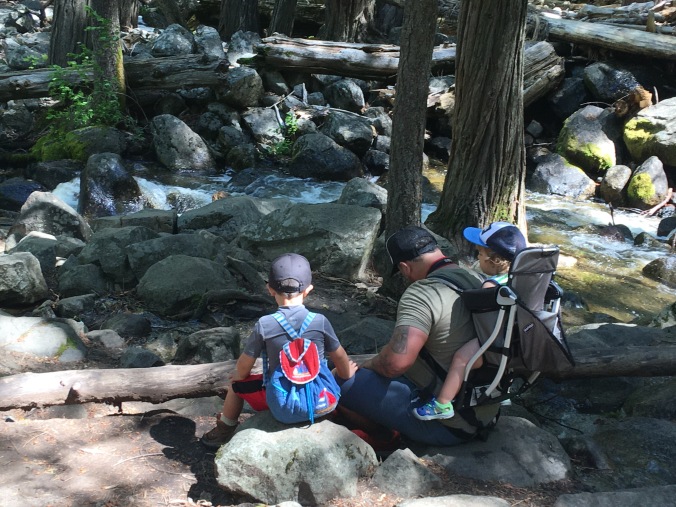 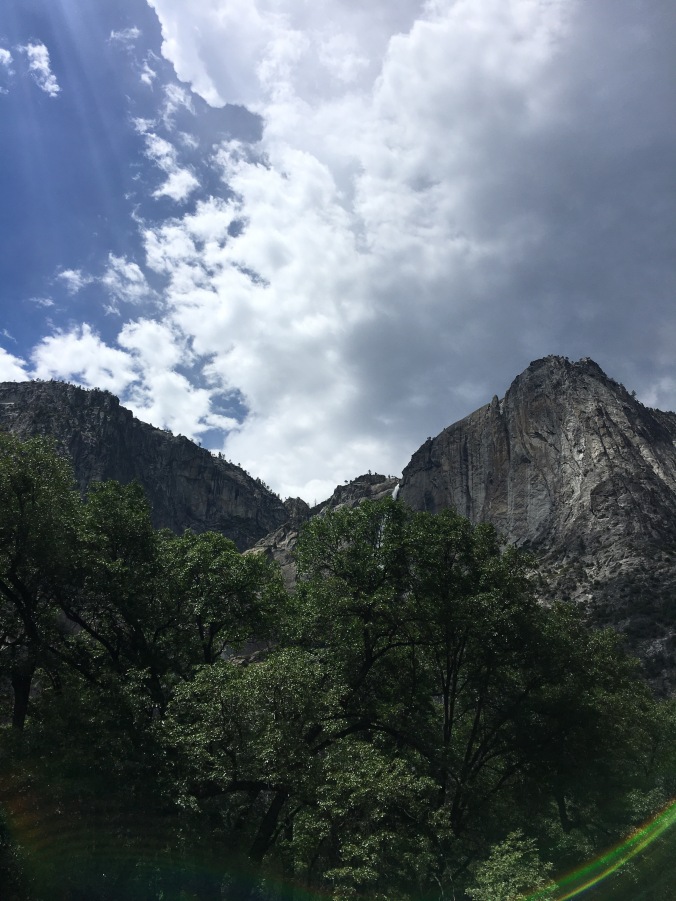